Today 21st December 2015 a conference was held at Equatorial hotel in Kismayo.

The conference was attended by representatives of the Swedish organization Waamo Social development Organization and a dozen of members and activists from the local organization Care Waamo, other gusts and journalists. 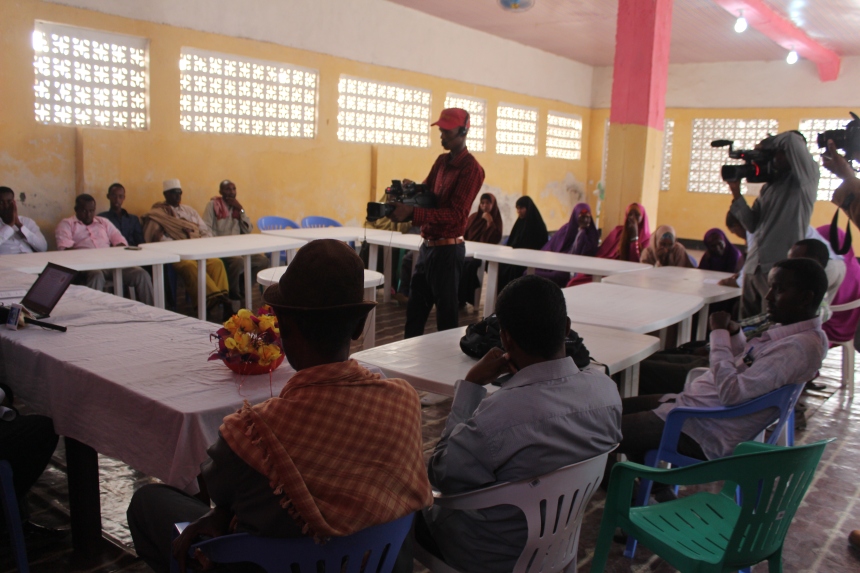 According the chairman of the Swedish organization Waamo Social development Mohamed Hussein the aim of the conference was to discuss the best ways to work together for development issues and to agree common goals and objectives.

The two organizations have previously worked together several years back. Mr. Hussein informed the attendees the purpose of the pre-study project that is financed by the Swedish International development agency (SIDA) through the aid agency Forum Syd. He thanked SIDA and Forum Syd for their generosity and solidarity with the Somali people.

The chairman Mohamed Hussein lectured the conference and talked about the importance and the role of the civil society and explained ways to mobilize activists, members and the public to play a major role in the efforts to rebuild the nation after many years of civil war.

According the chairman the two organizations work together on issues like promoting peace and development, democratization, gender and equality issues, environmental protection, promotion of human rights, youth orientation and education.

He emphasized the importance to expand the activities of the organization in Jubba-land areas and in particular in Kismayo.

Mr Islan welcomed the representatives of the visiting Swedish organization and praised the role that Waamo Social development organization plays in the efforts to promote peace and development in Kismayo.

Mr. Islan called the Kismayo residents to become members of his organization. Finally the two organizations signed an agreement of cooperation wich will pave the way of future cooperation. 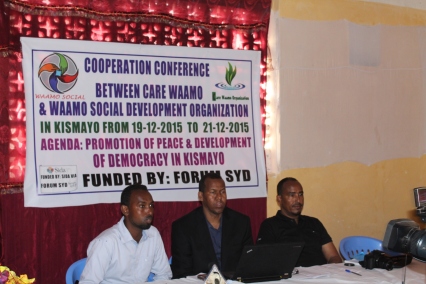 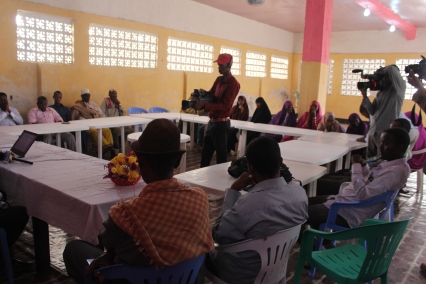 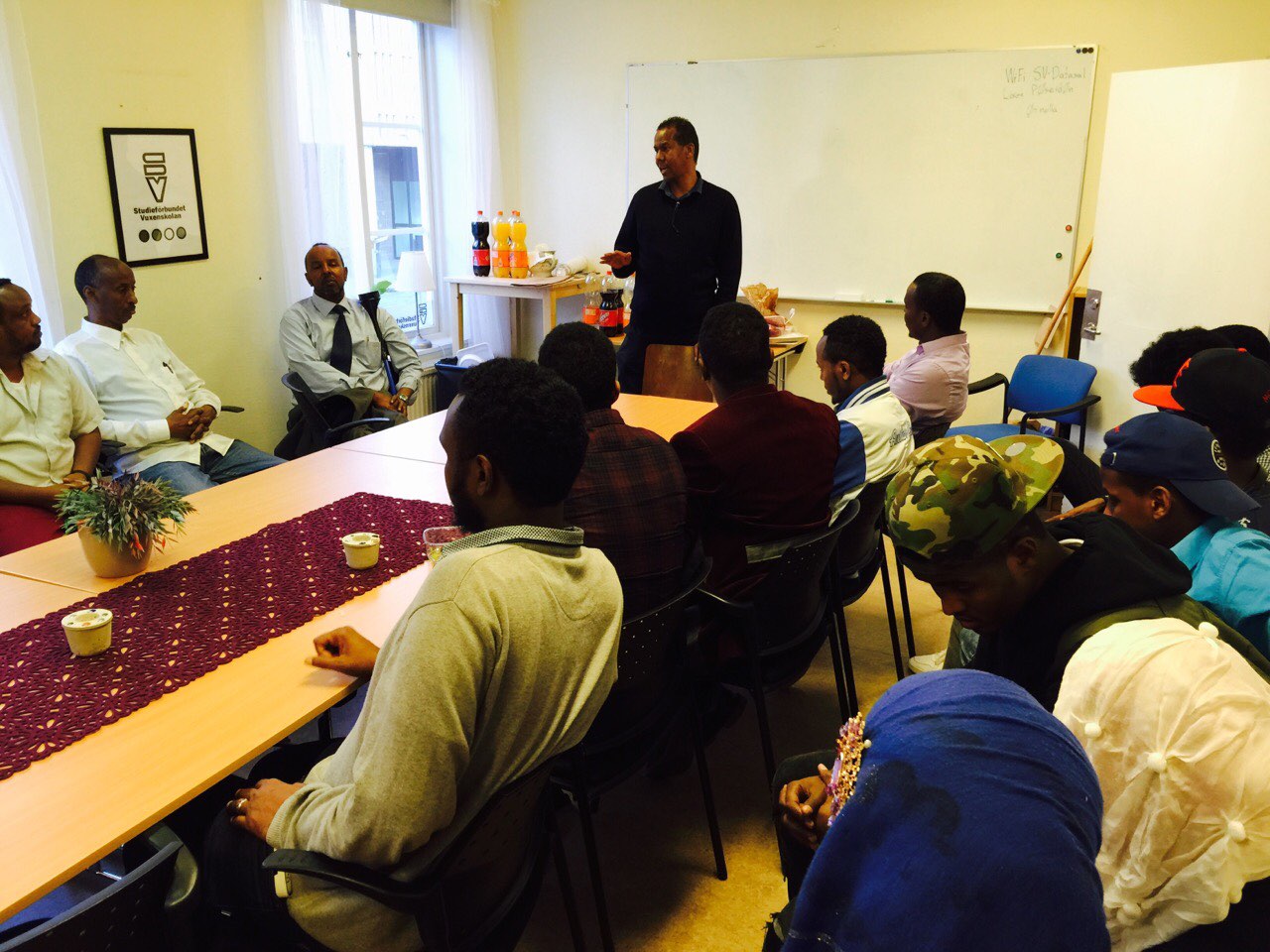